Coconut Oil Can Boost Your Metabolism

Imagine for a second that you are not seated in your office or home but instead in Hawaii walking along the soft beaches of Oahu. There is a lot of sun-and-fun going on around you with people sunbathing, swimming, surfing and paddleboarding happily. And then, while you ponder the scene, you suddenly realize that you can tell the difference between the locals and the visiting tourists. With their abundant energy and great health, the locals appear to simply be in better shape than the tourists! And even though you try very hard to find one, you just can't seem to spot any local who is suffering from a cough, runny nose or headache. 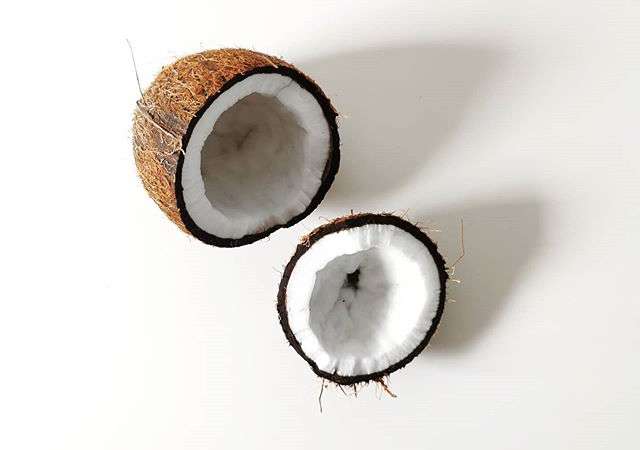 And now suddenly, you're puzzled about this discovery and you struggle to understand what the secret might be. Could it be the long term product of their time in the sun? Or the stress-free life that they practice? The prevalence of salt in the air? Those things may play a role, but the real secret lies within the world's largest seed.


The use of coconut amongst the Malaysians and Polynesians is almost as old as the culture itself. Many people underestimate the importance of coconuts. This is a mistake. Coconuts are known to contain almost all of the essential nutrients which the body will need. Magnesium, phosphorus, manganese, calcium and potassium. Those are just some of the many minerals that can be found in a coconut. Other helpful nutrients include vitamin C and Vitamin B2. The coconut contains all of these nutrients and more. However, coconut oil which is derived from the fruit is found to be made up by as much as 90% saturated fat and this puts it smack into the ever important debate on saturated fats.


Coconut oil is extracted from the dried flesh of the coconut. It is also a source of plant-based saturated fat, the very fat doctors and nutritionists alike have been telling us to avoid like the plague. Many of these fears are baseless. Although it is true that 90% of the coconut fruit contains saturated fat, 45% of this content is actually lauric acid - a fatty acid that can be converted to monolaurin by the body. Monolaurin is the actual compound found in breast milk that strengthens a baby's immune system. Its actions are also effective in enhancing the healthy growth of the bones and brain.

These are details that are ignored by the naysayers who criticize its high saturated fat content. The dangers of eating the saturated fat found in animals that have been raised with an unnatural diet of corn and soy are widely known. Coconut oil is however made up of a different kind of fat known as medium-chain triglycerides (MCTs). Medium-chain triglycerides are very easily digested by the body. These fats are therefore metabolized more quickly into energy.

The way medium-chain triglycerides are used by the body varies from its use of other fats. When we eat fat, a lot of it is stored in the body's cells. Unlike normal fat however, medium-chain triglycerides are sent to the liver where they are then converted into energy. In layman's terms, that bacon and cheese omelet you ate most likely sits around in your cells waiting to be burned up or stored as fat for later. However, this tropical oil gets shipped directly to your liver, where it is put to work to help you get up and get going.

More of Those Benefits...

Let's now consider some of the proposed benefits of this wonderful oil. Coconut appears to be useful in the following roles:
During a pharmacology study, it was discovered that rats suffering from inflammation could be treated with the use of virgin coconut oil. The study also revealed that rats who were suffering from pain caused by induced hyperthermia were able to find some relief from their fever and pain with the use of this oil.

Researchers concluded: "The results...suggest anti-inflammatory, analgesic, and antipyretic properties of virgin coconut oil." This helped support the view that this remarkable oil could be used in relieving fever, inflammation and pain. Certainly, that's bound to be good news for the rats. Using humans for a similar study would yield even more concrete results and conclusions.

On the antifungal front, researchers studied the effect of coconut oil on Candida (the fungus common to yeast infections), as compared to fluconazole, a common antifungal drug. Fifty-two different isolates of Candida were taken from clinical specimens. The most commonly used isolate out of this sample was Candida Albicans. It is important to note this because Candida Albicans is the most common cause of fungal infections such as thrust, vaginitis and diaper rash. All isolates were tested to see how susceptible they were to both this tropical oil and the antifungal drug. It was discovered that the Candida Albicans strain was most susceptible to coconut oil when exposed to a 1:4 dilution rate. Fluconazole on the other hand required a 1:2 dilution before recording positive results.

Translation: A lot more of the drug was needed to fight the fungus. The drug simply wasn't as effective as the natural oil. A testament once again of the triumph of nature.

When it comes to antibacterial properties, one study in particular found that virgin coconut oil helped to treat skin infections. Performing a double blind, placebo-controlled study, researchers recorded the response time of 26 patients who suffered from atopic dermatitis - a skin condition, highly susceptible to the bacterium Staphylococcus Aureus with symptoms such as dry and painful skin.

Researchers had half the group use the natural oil twice a day for four weeks at two uninfected sites. The other half were requested to use virgin olive oil while following a similar routine. In the initial stage of the study, 76% of the participants (20 out of 26) were found to have staphylococcus when tested. However, once the study was completed, less than 6% of the people who used virgin coconut oil were found to still have the bacteria as opposed to the 50% rate found in the second group.

Drawing conclusion from these studies, researchers agreed that the use of coconut oil showed great potential for the treatment of viral, fungal and bacterial conditions. Although we agree, we'd be even more delighted if this study was extended to an even larger participant pool as well as a larger variety of bacterial strain in order to further establish these results.


Advocates of this nutritious oil point to its cardio-protective and fat-burning properties in addition to its antibacterial benefits. Based on the results of a population study,which involved more than 2,500 local residents of Tokelau and Pukapuka, the daily intake of coconut oil was found to have no effect on cholesterol levels.

The study focused in particular on people who had diets made up of high coconut oil content. None of the participants were discovered to suffer from any uncommon health or cardiovascular conditions as a result of their high coconut diet. Even better, the cholesterol levels of all the participants were found to still be well within healthy margins despite the high level of saturated fat (in the form of coconut oil) contained in their diet. Coronary heart disease, colon cancer, and other bowel disorders were rare as well. The results of the tests showed that the high saturated fat content from coconut did not, in any way, affect the health of the people who consumed them - a fact confirmed by the lead researcher, Dr. Ian Prior.

This conclusion was really not surprising because it was something that many people had already known. This delicious oil is not only safe to use, it also offers other health benefits such as improved gastrointestinal health. This view can, however,not be conclusively proven without a valid test which considers the participant's entire diet. It is almost ironic - when it comes to the subject of weight loss - that it is the controversial presence of medium-chain triglycerides in the oil that makes it so effective. Thanks to the presence of medium-chain triglycerides, coconut oil is metabolized at much faster rate than normal body fat. Medium-chain triglycerides are thermogenic. They boost the rate of your body's metabolism which in turn allows you to burn more calories.

An example of a case supporting this finding is that of a group of farmers in 1940 who discovered that trying to fatten their livestock with coconut oil only made them leaner and more active. Although this example cannot be confirmed by any credible source, we did discover a human study that appeared to back it up. In a study of people in the Yucatan Peninsula of Mexico, where coconut is a staple food, researchers found that their metabolic rate was an average of 25 percent higher than people in the U.S. Unfortunately, as was the case with the farmer/livestock example, this study cannot be properly substantiated. Both examples were presented by an author who offered no references to back up his claims.

Although there was sufficient reason for us to reach a conclusion on the relationship between medium chain triglycerides and weight loss ( based on the obvious signs), we chose to ignore it because the data was yet to be proven clinically. And then we discovered a study in Brazil that involved a randomized, placebo-controlled, double-blind study. Researchers tested the effects of coconut oil on 40 women between the ages of 20 to 40, all of whom had been diagnosed with clinical abdominal obesity (waist circumference of more than 88 cm). 20 of these women received a daily dose of either the coconut or soybean oil every day for 3 months. The women were also requested to carefully follow a prescribed low calorie balanced diet and take 50 minute walks during the period.

At the end of the study, the results showed a larger statistical loss in weight for the women who had been taking coconut oil as opposed to those who had been given soybean oil. Participants of the coconut group also had a statistically higher level of HDL cholesterol and a lower LDL/HDL ratio when compared to the soybean group. Both groups enjoyed a decrease in their body mass index (BMI). So, those using the coconut oil lost weight, lost inches around their waist, increased their levels of good cholesterol, and improved their bad to good cholesterol ratio. Not bad for a big seed!

The Right Way to Use Coconut Oil...

There is also significant evidence that supports the general consensus that coconuts offer effective anti-fungal, anti-bacterial and anti-inflammatory effects. It has also been shown to have only beneficial effects on people's weight loss and heart health efforts. And if these weren't enough, there is also the delightful taste of the coconut fruit and oil to look forward to. Most cooks enjoy using this oil in cooking because of its high smoking point - 350 degrees for the unrefined oil and even higher for refined oil. This is a culinary way of saying that you can saute and bake with the oil and not worry about it turning into a trans-fat before your eyes. Best of all, with a two year shelf half life and a high resistance to warm temperature, the oil is a stable choice.

So why don't you try this delicious, natural, tropical oil today. Just be sure to choose organic, virgin coconut oil that is unrefined, unbleached, made without heat processing or chemicals, and is non-GMO. And after a week of trying it, you'll be so excited with the results that you'll probably be making it a permanent feature in your life!