The amount of diets that can be chosen today by those who want to lose weight is growing steadily. Not only well-known concepts such as FHD or Low Fat determine the events here, but also newer methods. Low carb, the most extensive renunciation of carbohydrates, is one of the more modern variants and is hyped by many women and men downright. That the concept seems to work is obvious. But what is important if carbohydrates should no longer play a big role in the future? 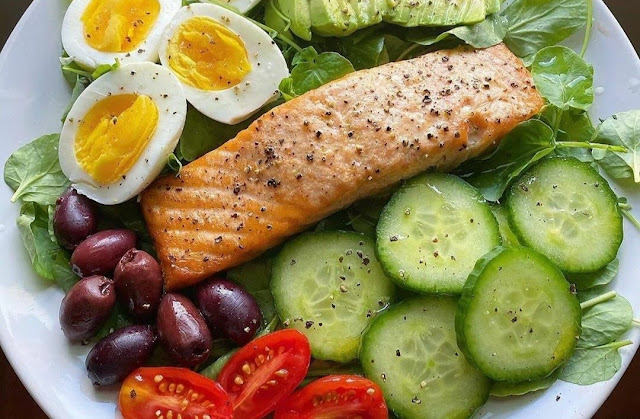 The low-carb diet, as it is known today, is considered a descendant of the classic Atkins diet. Atkins, with forty percent protein and 45 percent fat in the daily diet, was much stricter and slower, allowing low-carb to relax. This makes this form of nutrition more popular, because the conversion is not only easier at first glance and varied and nutrient-rich food planning are possible. This gave the low-carb diet in the context of a German survey from 2013 quite good values. Here, around four percent of all respondents favored low-carb. Just as many appreciated famous alternatives such as fasting or calorie counting. Systems such as Weight Watchers were only marginally more popular at just under six percent.

But how does the low-carb procedure work? Basically, the reduction of carbohydrate intake plays a significant role here. The body is accustomed to extracting energy from carbohydrates and converting possible surpluses into flab. Anyone who deprives him of the carbohydrates as the basis for energy production, sets in motion a restructuring. Then the body begins to gain its energy from proteins and fats, which stimulates the removal of unwanted cushions. The advantage for many: starvation and low carb do not belong together, because there are good alternatives that fill the plate neatly several times a day.

The basic principle of the low-carb diet uses - like many other diets too - the percentage participation of the three macronutrients. These should be broken down as follows:


Since percentage values ​​are initially confusing, people wanting to lose weight should know their daily calorie needs. This then enables the calculation of actual values. It helps to know that one gram of protein and carbohydrates each provide about 4.1 calories. One gram of fat, however, accounts for 9.3 calories. As additional help to get a common thread, additional recommendations apply. Thus, the amount of carbohydrates in a low-carb diet should be a maximum of 100 to 120 grams per day, while one to two grams of protein per kilogram of body weight are considered useful. The rest of the diet is then fat.

The fact is: Even in the low-carb diet, of course, fat is not the same fat. Probably the most important distinction that men and women should know is that between saturated, unsaturated and polyunsaturated fatty acids. Basically, fat in the diet is actually not an unhealthy ingredient, but can quickly become one.

Unsaturated and polyunsaturated fatty acids usually originate from plants, seeds and nuts. Integrating healthy fat into your daily diet is easier with high-quality oils. Using good oils such as olive oil, linseed oil, thistle oil or even grapeseed oil is a clever move, because every oil has its own individual taste and scores high in its content of unsaturated and polyunsaturated fatty acids. Fandler supplies exact values ​​for each oil, which can be used by interested parties.

Anyone who takes care to use every oil according to their purpose increases the possibilities in their own kitchen immensely. So oils such as rapeseed oil, coconut oil or olive oil are good for searing low-fat meat, fish or vegetables. However, variants such as linseed, pumpkin seed or thistle oil do not tolerate the heat in pot and pan. They should therefore be used rather cold. However, as an addition to the morning cereal or in salad dressing, these oils can also be used perfectly without heat.

Anyone who wants to feed on the low-carb principle, reaches a point at the latest after a few weeks, at the actually beloved food to start missing. To do without biscuits, cakes and even bread is not easy for every weight loss taker. White flour, however, is arguably the biggest enemy of any low-carbohydrate diet, and it does not score high on nutrients even off this diet. It is therefore generally advisable to banish light flour from the diet.

Low carb baking is possible with a few flour alternatives.

But wholemeal flour also has a fairly high proportion of carbohydrates. However, since it provides many nutrients and fiber, it may be used in the context of a low-carb diet quite a small extent. However, the small amount is not enough to bake something delicious and alternatives must come from. Since the market has long since recognized this, there are now some exciting flour varieties that can be used in baking and have comparatively few carbohydrates.


Each of these flours can then be used in baking bread, cakes or biscuits to complement the wholegrain flour. However, it is important to know how the individual flours behave. Almond flour and soy flour need a little more liquid, otherwise doughs will quickly become too firm. However, if you experiment a little and also add chopped nuts, grated coconut, cracked flax seeds or oatmeal (in small quantities) to the dough, you will quickly find your own secret recipe for low carbohydrate biscuits.